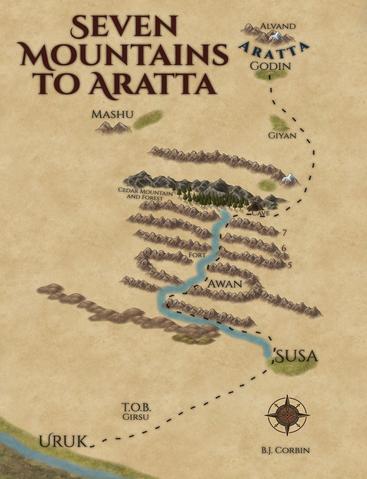 ​Other sites explored from Uruk to Aratta:

Noah's Ark in Aratta, the biblical mountains of Ararat

After participating in four (1988, 1989, 1990, 1998) expeditions to Mt. Ararat in Turkey searching for remains of Noah's Ark (based mostly on sensational eye-witness accounts), I refocused my research on the Iranian Zagros Mountains using ancient texts. After reviewing Sumerian accounts of Aratta; the archaeological nexus among Uruk, Susa and Godin; and extra-biblical texts, eventually I found Alvand Mountain to be the best candidate for the Ark's landfall.

Alvand Mountain matches the location for the biblical mountains of Ararat according to Genesis 11:12 ESV: And as people migrated from the east, they found a plain in the land of Shinar and settled there.

This would imply the first peoples after the Flood coming from the Zagros Mountains. Alvand also matches Sumerian clues for the location of Aratta.​