Team Member - 1989 Chuck Aaron, Bob Garbe expedition to Mount Ararat, Turkey (Immanuel Expeditions) Chuck Aaron and a Turkish pilot landed a small Hughes 500c helicopter with team and equipment on the western summit of Ararat at approximately 15,000 feet.  Conducted a subsurface radar survey of the Western Plateau that determined it was possibly a deep caldera (sunken volcanic cone). This team also helped to determine the scale of Noah's Ark on Mount Ararat by flagging 500 feet in 50 foot increments. This in conjunction with helicopter photos of our camp provided an accurate scale.

Research and expedition consultant  - 1998 Jim Hall (Ark Research Team)
B.J. served as a consultant for the team and attended a conference on the Flood of Noah at Ataturk University, Turkey.  The team visited various sites around Mount Ararat, like the Durupinar boat-shaped formation that some claim is the remains of Noah's Ark.

Research focus on Alvand Mountain in Iran - 2010
Refocused research from Mount Ararat in Turkey to the Iranian Zagros mountains.

Although many people consider the Sumerian accounts of Enmerkar & Lugalbanda of Uruk against the Lord of Aratta to be myth, the location details and clues are too precise to ignore, in my opinion. More importantly, how the possible location of Aratta lines up with the biblical mountains of Ararat. 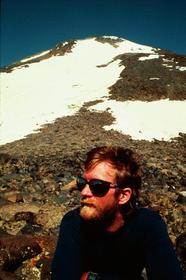 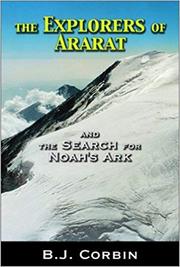 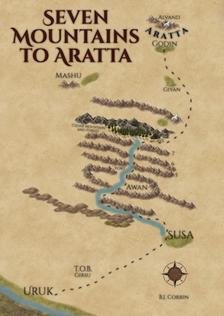