​Aratta was known as the "mother of goats." Notice the chart showing the high number of goats found at Godin Tepe site.

I started using Google Earth and followed any river heading from Susa into the Zagros Mountains. I was looking for the “seven mountains” access over the mountains. As I followed the Karkheh River from Susa until it split near Pol Dokhtar, I noticed three prominent mountains, which I eventually labeled 5, 6, and 7. Had I identified the seven mountains route to Aratta? I also noticed an interesting mound in the general area of where Awan (Anshan) is supposed to be located. Anshan after 1973, is considered Tall-i Malyan (46 km north of Shiraz), which does not fit the Sumerian narrative. We may discover that at some point in history that both Awan and Anshan (Ancan or Anzan) were used interchangeably. I hope this mound will one day be explored and excavated, which may prove to be the location of ancient Awan.

​​​​​​​Is Godin Tepe linked to Aratta and the biblical mountains of Ararat?

Godin Tepe (named after Gowdin, a nearby town towards the southeast, and Tepe which means earthen mound), is an archaeological site southwest of Alvand Mountain, just east of Kangavar, Iran. Aratta is a “mythical” mountain region mentioned in several Sumerian texts.

With growing confidence that Aratta was not a myth, I went to the passage in the Bible that never seemed to line up with Mt. Ararat in Turkey:

GENESIS 11:2 (KJV) AND IT CAME TO PASS, AS THEY JOURNEYED FROM THE EAST, THAT THEY FOUND A PLAIN IN THE LAND OF SHINAR; AND THEY DWELT THERE.

The location of Shinar is not exactly known, but believed to be in southern Mesopotamia (Sumer). Mt. Ararat is over 600 miles north-northwest in Turkey. So after mapping the holy mountains of Turkey and Iran, it became clear, at least to me, that Alvand Mountain best fits the “from the east” biblical narrative mentioned in Genesis 11:2. 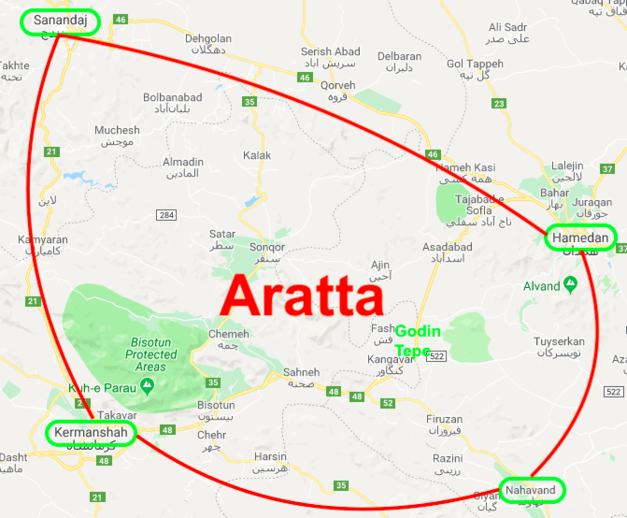 The book On the High Road by Hilary Gopnik and Mitchell S. Rothman, provides a detailed report of excavations of Godin Tepe by T. Cuyler Young, Jr. between 1965 to 1973. Godin Tepe is one of the largest mounds in the region, and provides the longest continual sequences of occupation of any site in western Iran and contains the following: moulds used to produce metal, lapis lazuli, early evidence for beer and wine production, and lots of goats (caprines).

​Credit Google Earth for background image used for close-up of mound that may prove to be the remains of ancient Awan. 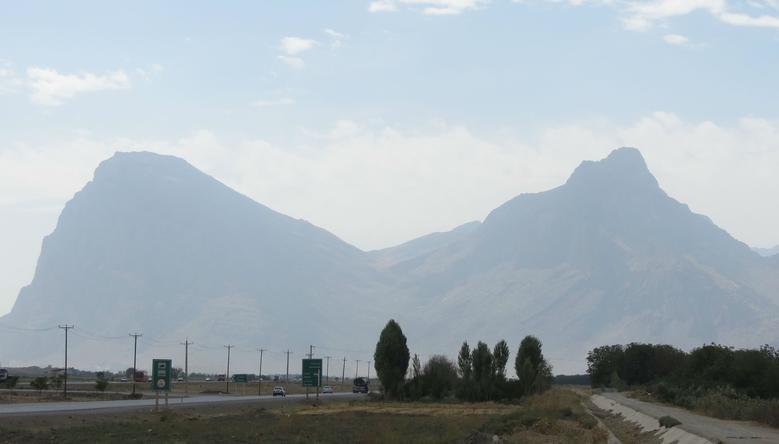 Chart from the book “On the High Road” 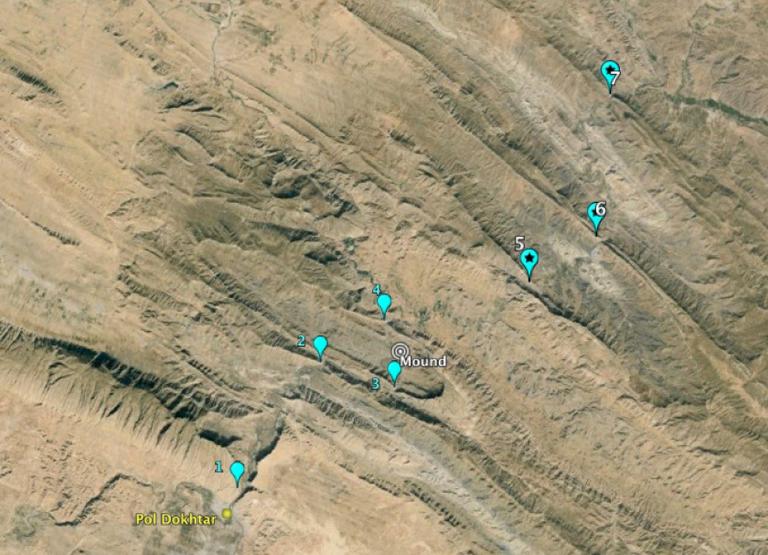 The Epic of Gilgamesh (Tablet nine) mentions Mount Mashu or twin-peaked mountain. Approximately 35-40 miles west/southwest of Godin Tepe is Parau Mountain that has two peaks.​ Considering the proximity to Aratta, it is a good candidate for Mashu, especially since this mountain was sacred to the ancients and has the Behistun Inscription and Statue of Hercules. 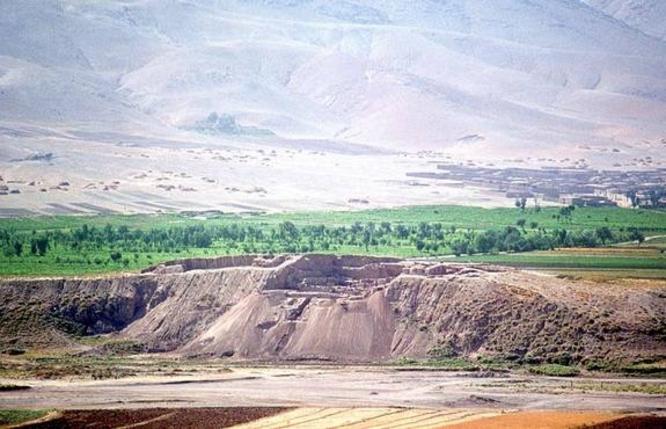 This led me to write the book Seven Mountains to Aratta that postulates that the biblical mountains of Ararat and Sumerian Aratta are likely the same location in Iran where Noah’s Ark landed. 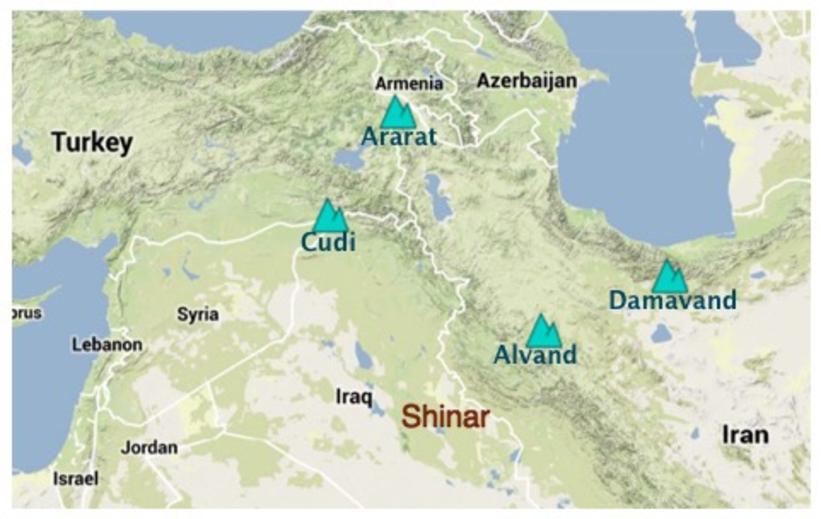 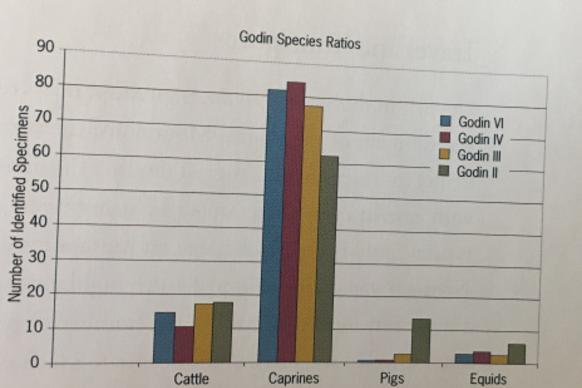 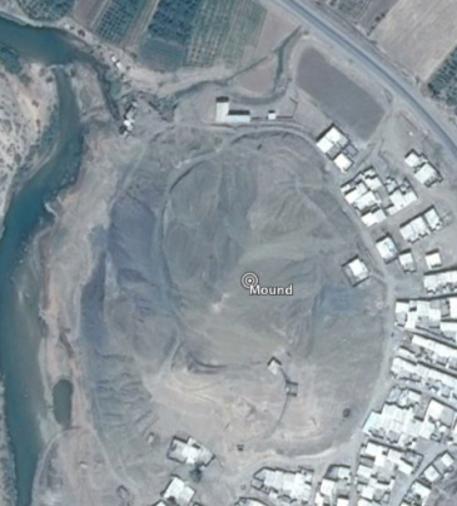 Aratta is also described as very wealthy. The archaeological evidence discovered linking Godin-Susa-Uruk is compelling when attempting to connect Godin Tepe with Aratta. 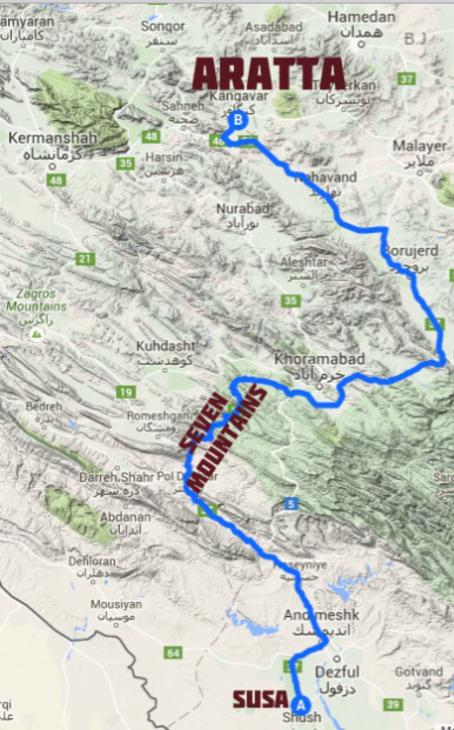 In the process of searching for Noah’s Ark, I started to see a nexus between the biblical Flood narrative and Sumerian flood legends. I pondered if biblical Ararat was the same as Sumerian Aratta. I started to consider the clues of Aratta’s location provided in the translation of the clay tablets, Enmerkar and the Lord of Aratta and Lugalbanda in the Mountain Cave:

* Six day journey from Uruk, then bathe (Susa?), enter the mountains on the seventh day

* Follow a river (Karkheh?) through seven (7) mountain gates in the “Zubi” (Zagros?) mountains
* Mountains 5, 6 and 7 are emphasized, with Anshan (Awan?) located before mountain 5
* The cave (Yafteh?) that Lugalbanda stayed in was 1/2 the way to Aratta
* Aratta (Godin?) had metal moulds and precious stones

Looking for other research that corroborates Godin Tepe or the surrounding area as Aratta, I found the 1973 Ph.D. dissertation of Enmerkar and the Lord of Aratta by Sol Cohen, who determined the area near Hamadan – Nahavand – Kermanshah – Sanandaj to be the most likely location for Aratta. I consider Aratta a smaller region centered around Godin Tepe. 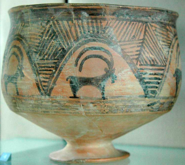