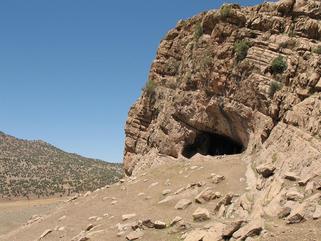 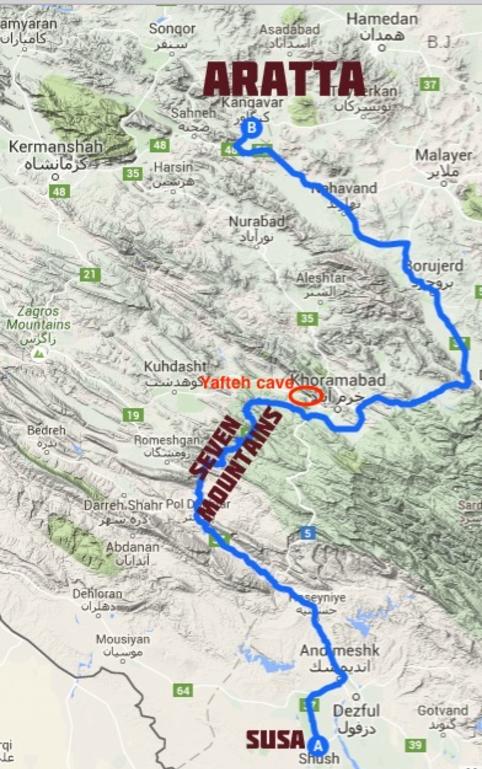 Lugalbanda was the second leader of Uruk and most likely son of Enmerkar (Nimrod?), as inscribed on ancient Sumerian clay tablets. Lugalbanda, in some texts, is considered the father of Gilgamesh, who would later rule Uruk. I consider the location of Lugalbanda’s mountain cave important, because it helps to confirm the “seven mountains” route mentioned in Enmerkar and the Lord of Aratta Sumerian text, where Aratta’s location is described as coming from Uruk to Susa, following a river and through seven mountains en route to Aratta (Godin Tepe?).

"Five days passed. On they sixth day they bathed. …… on the seventh day they entered the mountains."
From the above passage, it took 5-6 days to reach Susa from Uruk. They likely bathed in or near Susa, then entered the Zagros mountains on day 7. It probably took the army 2-3 days to reach Awan following the Karkheh river until it splits around Pol Dokhtar. Then another day from Awan to pass through the last three (of seven) mountain gates to reach the cave (Mount Hurum?) halfway to Aratta.

It just so happens that Yafteh Cave located at 33.567028, 48.273917 is approximately halfway between Susa and Godin Tepe (southwest of Alvand Mountain), where I believe Aratta was located. Yafteh is a very famous and well-known cave dating back to the Paleolithic period. Some relate the name Yafteh with Japheth, one of Noah’s sons.​​

See the map below that shows the location of Yafteh Cave in relation to Susa, Seven Mountains, and Godin Tepe (Aratta?).​

My proposed location for the ancient site of Awan would be almost midway through the seven mountains section of the route. Although speculative, Lugalbanda may have stayed in Yafteh Cave on the way to Aratta.