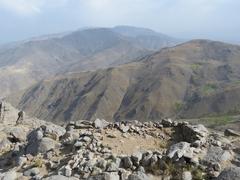 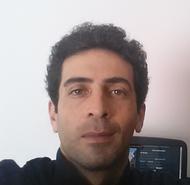 Kuh-e Alvand fits the biblical description of people moving "from the east" into Shinar or ancient Mesopotamia.

Godin Tepe is an archaeological site near Alvand with evidence of early wine and animal domestication.

Sumerian legend has Aratta seven mountains beyond Susa. Lugalbanda stayed in a cave (Yafteh?) halfway from Susa to Aratta. Godin Tepe is a good candidate for the capital of Aratta.

The Book of Jubilees places Media and the mountains of Ararat with Shem's middle portion, not in Japheth's northern land allotment of Turkey and beyond.

Madai, son of Japheth, stayed behind with Noah and Shem near the mountain the Ark landed. 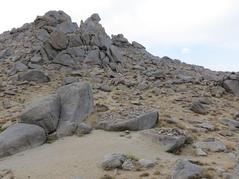 The book Seven Mountains to Aratta presents evidence for Alvand Mountain in Iran as the most likely location for the mountains of Ararat and Aratta (where Noah's Ark landed). The 2nd Edition of the book is available.

There is an audiobook available of the 1st Edition at Audible.

Interesting sites, alters and legends associated with Alvand, which is considered a holy mountain in Iran. 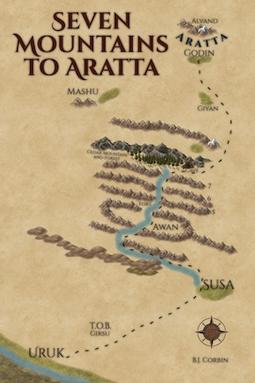 The tomb of Shem is believed to be near the summit of Alvand.

Religious rituals continue to this day every August near the summit of Alvand.

The twin peaks of Parau near modern Kermanshah may be what the Sumerian's called Mt. Mashu.

B.J.'s Iranian friend and co-researcher. Many of the pictures in the book and website are courtesy of Mahdi. 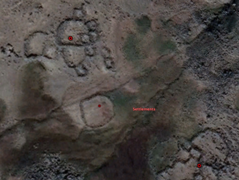