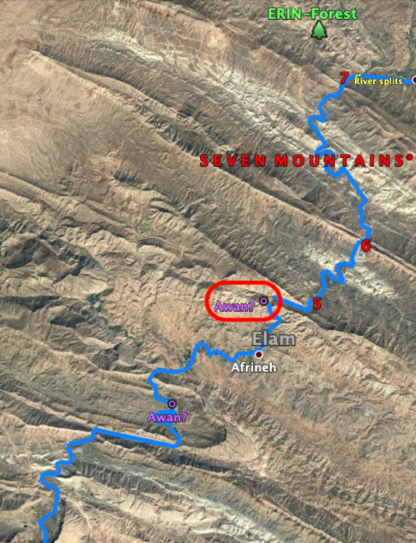 The "Elam/Awan Fort" is approximately a 1/4 mile from the river up on the left ridge, about 2 miles before reaching mountain gate 5. 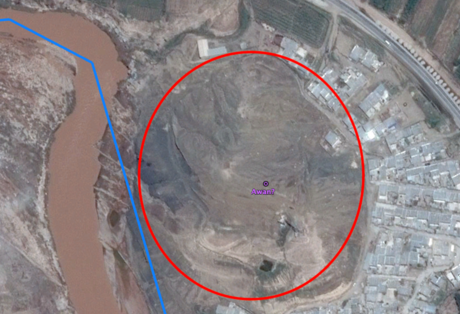 Awan along with Susa were primary settlements of ancient Elam in the Zagros Mountains, east of Sumer in Mesopotamia. The exact location of Awan is currently unknown, but I have a couple of locations that should be checked out.

The following sites may be related to Awan. According to Sumerian texts, Awan was located in the Zagros Mountains (modern Iran) before mountain gate 5 on the way to Aratta.​

The site in the picture is located just before mountain gate 5 on the left ridge above the river.

If this site proves to be ancient (2800-2500 BC), I would suspect it was some kind of Elamite Fort connected to Awan.

Note the Google Earth screenshot showing two Awan? in purple. The lower is a mound location and the upper (circled in red) appears to be the remains of a fort or settlement. Both follow the Seven Mountains to Aratta route along the Karkheh River.

Both locations are before mountain gate 5 traveling from Susa to Aratta.

​The three prominent 5-6-7 mountain ridges are emphasized in Sumerian accounts.​

From Susa to the mound, considered a candidate for Awan, is around 75 miles "as the crow flies," which would be a 3 day journey on foot.

​It is another 7-8 miles further from the mound to what I call the "Elam/Awan Fort" site at the beginning of the 5-6-7 mountain ridges. 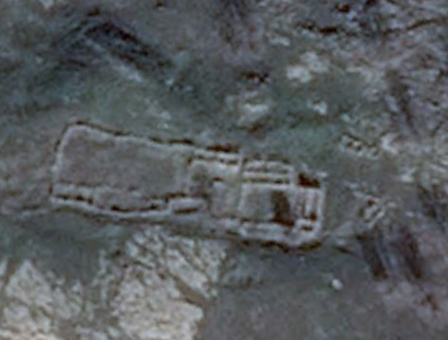 Close-up of the mound next to the Karkheh River. This location is what I consider the best candidate site for the remains of ancient Awan.