The Epic of Gilgamesh
Gilgameš and Aga

Gilgameš and the bull of heaven 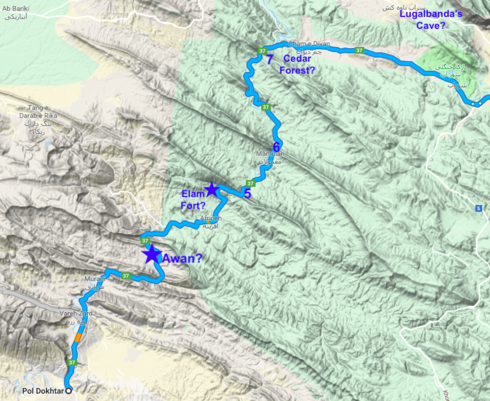 Aratta is a mythical land mentioned in ancient Sumerian texts. Sumer, considered a "cradle of civilization," was located in what is now southern Iraq. As I considered the Zagros Mountains of Iran to be the more likely location where Noah's Ark landed, I started to see a strong correlation between the biblical mountains of Ararat and Sumerian Aratta. After reading many of the Sumerian accounts of Aratta and following the location clues using Google Earth, I may have located the Seven Mountains to Aratta route. Several key landmarks seem to follow the same path.

Below are maps created to show where I consider these sites to be located... on the way to Aratta. 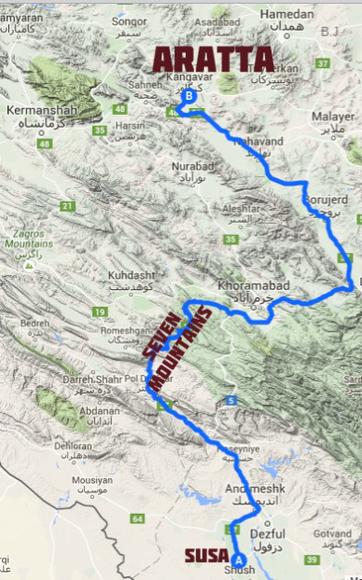 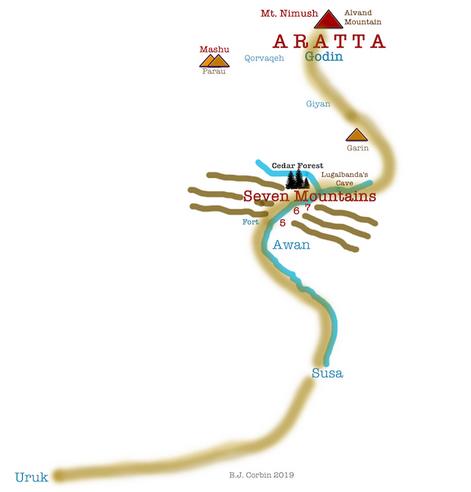